Do You Believe in Fairies?

The Cottingley Fairies – In the 21st Century, belief in supernatural beings is still widespread. However, certain ethereal creatures have fallen out of favour. Fairies, elves and pixies primarily consign to the realm of children’s stories. A century ago, this was not the case. In 1917 two girls, sixteen-year-old Elsie Wright and her nine-year-old cousin Frances Griffiths photographed themselves with fairies they had made by painting cardboard cut-outs.

The pictures remained in the family until 1919, when Elsie’s mother, who believed the fairies to be real, took them to a meeting of Theosophical Society in nearby Bradford. The photographs were brought to the attention of a leading member of the society, Edward Gardner, and then, with sensational publicity, to their followers, including Sir Arthur Conan Doyle.

The Print – ELSIE WRIGHT The Cottingley Fairies
In our auction is one of the original photographs printed by Harold Snelling, commissioned by Edward Gardner in 1920. It comes with excellent provenance, having been in one family for generations. This lot has an estimate of £1500 – £2000, and you can view the entire sale by clicking here. 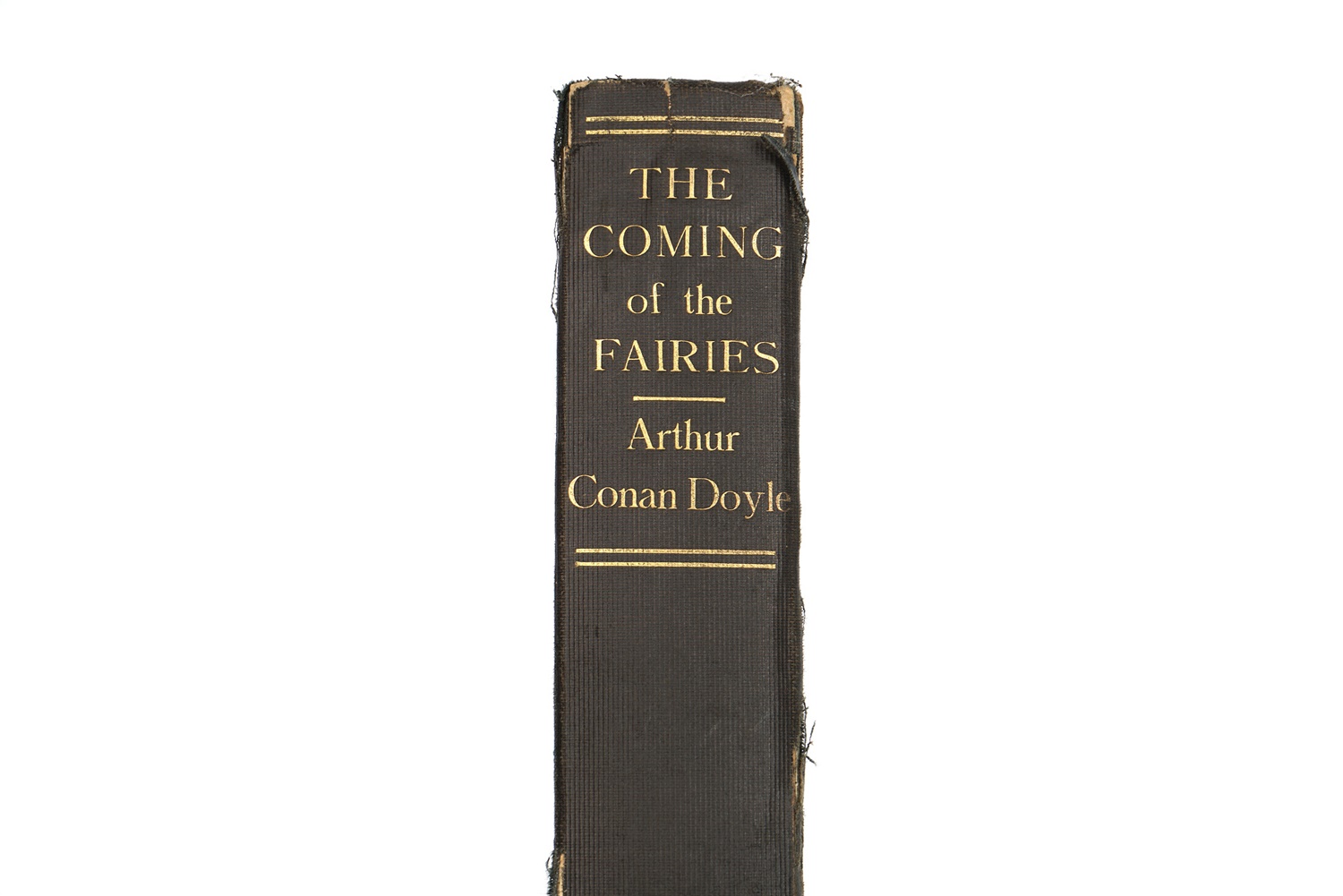 Included in the lot is the first edition of ‘Arthur Conan Doyle’s The Coming of the Fairies’ Hodder & Stoughton 1922. This presents the photographs as proof that fairies are real.

Bidding was strong during the sale, therefore, selling for £1,800. However, if you missed out on this sale, we will have another fantastic selection available in our 29th November Photograph sale. In addition, if you are interested in consigning, please contact our specialist Keith Petts.