Flints Auctions Fine Instruments of Science & Medicine always offer some interesting medical antiques. Here we look at two 19th century amputation sets in our next auction. During the American Civil War, a surgeon’s work would largely consist of one amputation after another. Multiple fractures or other serious injuries to a limb would be treated by sawing it off. Complex surgical procedures were impracticable, and the high risk of infection meant amputation was the safest option. Serious injuries to the head or torso usually resulted in death, but from the 18th century, effective tourniquets and blood vessel ligatures meant limb amputation was performed with increasing rates of success. cutting off a limb is a brutally physical operation that has to be performed with speed and accuracy. The good news for American Civil War casualties was that in 95% of cases an anaesthetic was used, usually chloroform.

Flints 18th October 2019 sale will offer two interesting field surgeon’s amputation sets. This one is American, from the time of the Civil War: 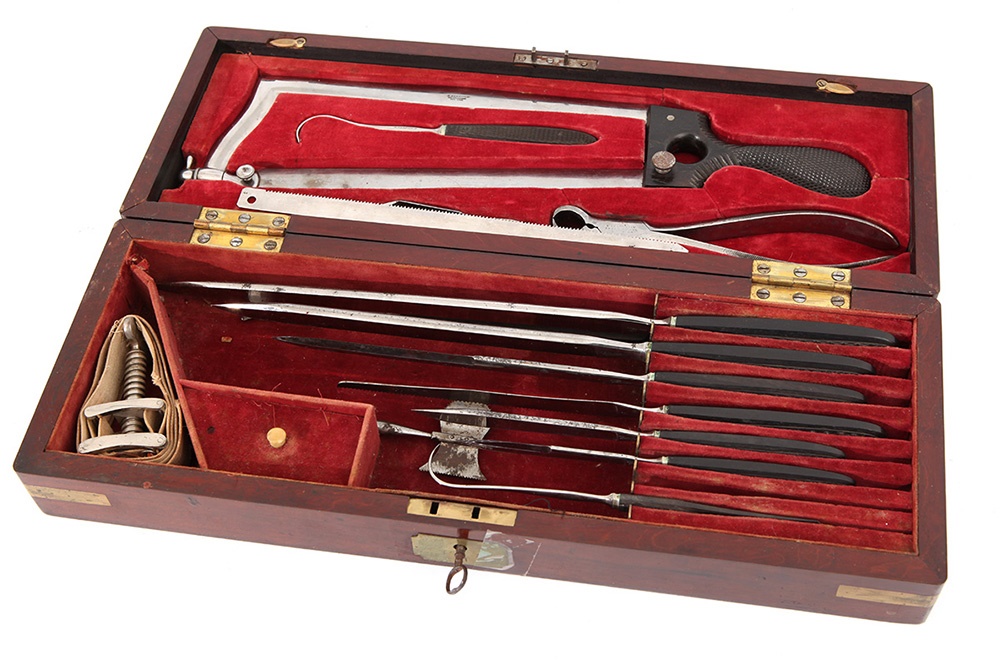 Herman Hernstein was established at 393 Broadway by 1855, and by securing military contracts was a major surgical instrument supplier in the Civil War. Herman went out of business soon after the end of the war, but the business was restarted by his son Albert, trading as Albert L Hernstein of 52 Maiden Lane New York. See James M. Edmonson American Surgical Instruments: An Illustrated History of their Manufacture and a Directory of Instrument Makers to 1900 Norman Publishing 1997.

Our second amputation set is an English example, dating from about 1825, before the earliest introduction of anaesthetics for surgery: 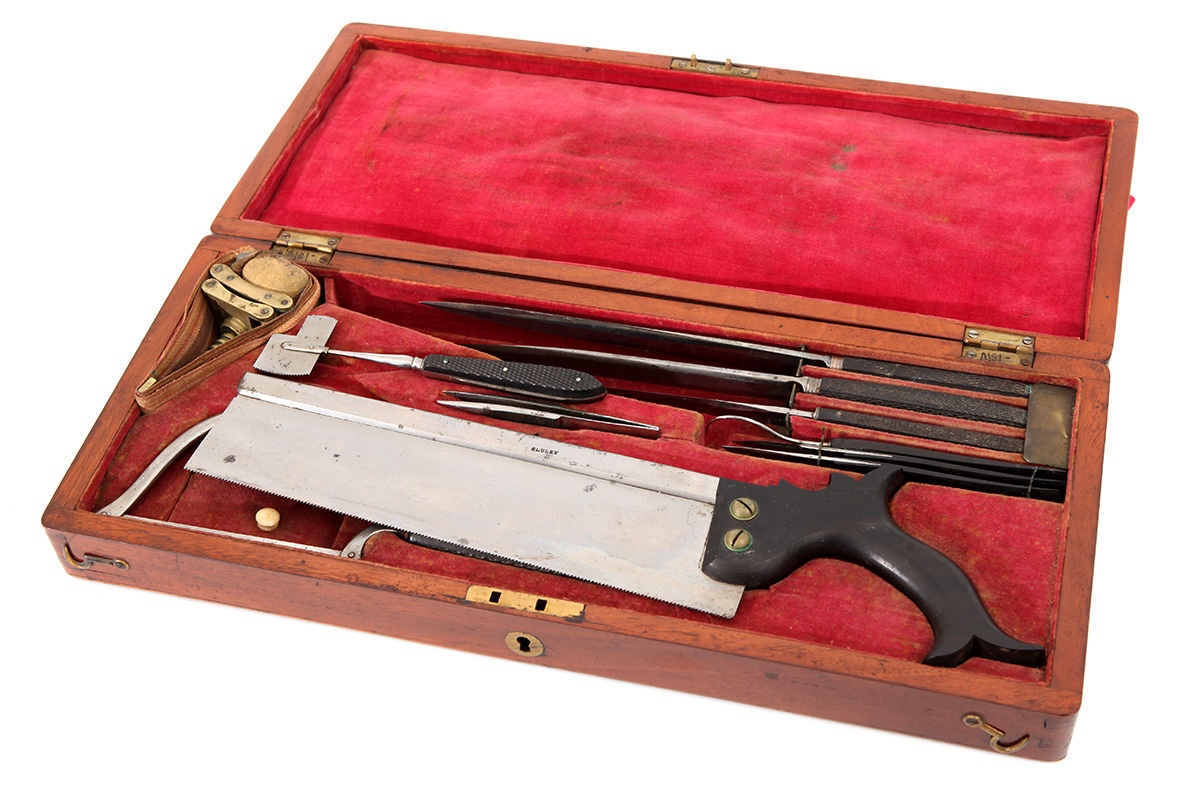 A Late Georgian Amputation Set by Francis Cluley of Sheffield c.1825, in unplated carbon steel with ebony handles. The large amputation saw is marked Cluley, The Benjamin Bell-type bow metacarpal saw is original to the set but unsigned, the forceps and one amputation knife are marked Cluley, other instruments are unmarked with some replacements by Evans (and one knife by Savigny). The instruments are in the original velvet-lined, fitted mahogany case, 44cm across. Francis Cluley was advertising as a surgical instrument maker as early as 1813 when Britain was still at war with France and there was a strong demand for amputation sets for British Army and Navy surgeons.D
Those amongst us who have or will undergo surgical procedures in the 21st century can give thanks we were not around two centuries ago.

Our Fine Instruments of Science & Medicine auction on 18th October 2019 features other select medical lots, including other surgical instruments and pharmacy items. The printed and online catalogues will be available three weeks before the sale.