Flints auctions have been consigned an exceptional single-owner collection of Möller Diatom Microscope slides. This unique collection was assembled over many years of collecting and represents some of Möller’s best work. We have used a specially equipped Olympus DIC microscope in order to photograph these unique and beautiful slides. They will feature in our April 2021 fine sale.

These diatom slides showcase a beautiful arrangement of microscopic organisms in a geometric, almost art-like fashion, and gave the viewer a peek into the grandeur of the world around us. Johann Diedrich Möller was an artist who combined ingenuity and creativity in designing diatom plates. Such endeavours awarded Möller international recognition for his work and his renown was well-sought among the best scientists of the day. But who exactly was he? 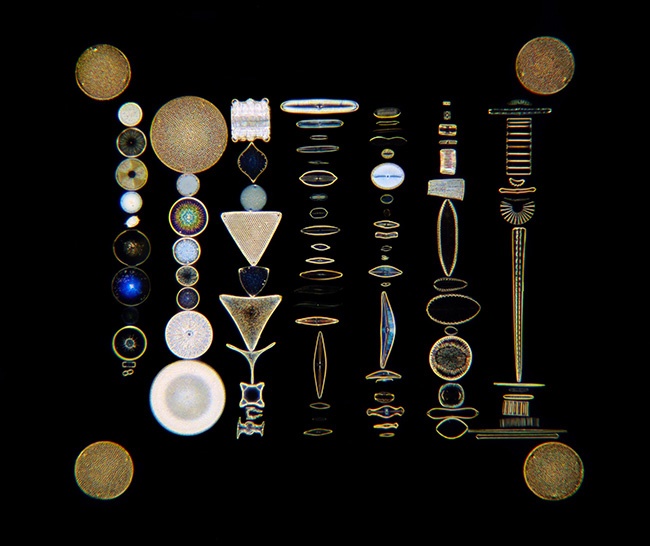 An image taken of one of the diatom slides using DIC

Moller’s early years were characterized by his work as a weaver and painter. His painting skills flourished when he integrated the Hamburg Patriotic Society, which may well have inspired his late passion for artistic displays. A talented craftsman, he began to manufacture and sell handmade microscopes, a skill he acquired through his apprenticeship with a Hamburg-based optician. This marked the beginning of his optics venture, which he started in his parents’ house. During that very same period, he developed a passion for biology, as he spent much of his time examining microscopic specimens from the fauna and flora. Eventually becoming his lifetime vocation, wherever he traveled, he sought to capture and relive his experience through what is known today as his magnum opus diatoms. 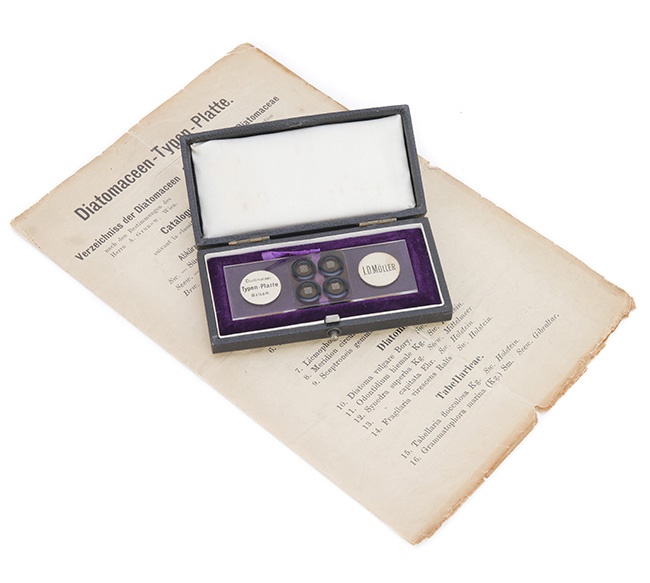 Möller has taken his technique with him to the grave, since to this day the standard glueing techniques hardly allow diatom bowls to be readjusted – a practice which Möller was able to defy with success at multiple instances. 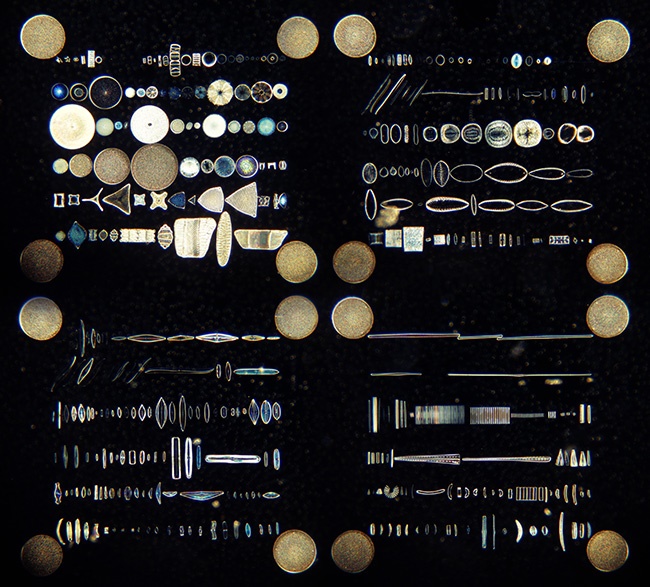 This myriad of colours, thoughtfully designed as such by Möller, can only be appreciated when a diatom is set under a microscope. His masterpieces are reminiscent of orthodox church windows, through which when sun rays traverse through, an array of solemn colours are dispersed across and light up the cathedral. No doubts that wherever these “salon” preparations were displayed, they instantly became the center of attention. Indeed “salon”, a French word, can be translated into “living” room, as Möller’s work truly brought to life nature, art, and science. 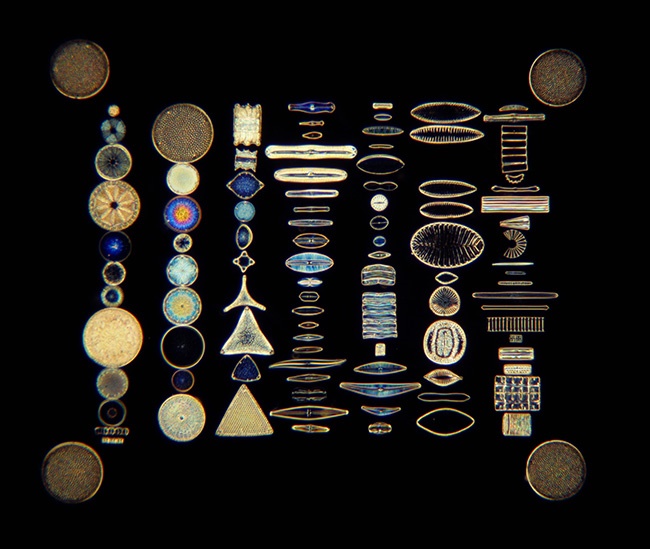