The Leica M3 rangefinder camera, one of the most iconic cameras of all time and is a usual sight in our Fine camera sales. The Leica M3, introduced by Ernst Leitz GmbH back in 1954 and stayed in production up until 1966. The first M3 off the production line was number 700,000 and the last being 1,164,865 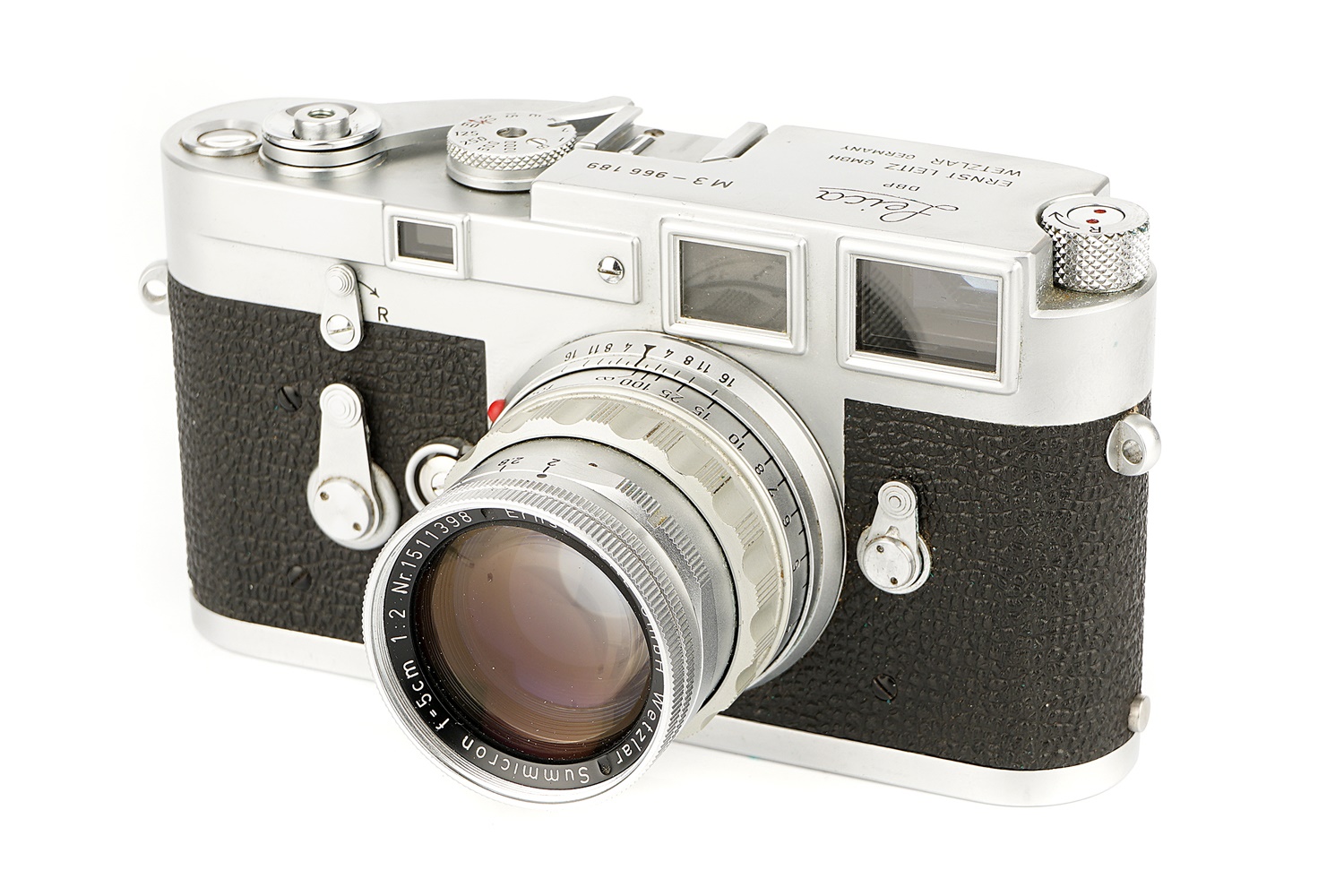 This was a new starting point for Leica. Up until this point, they had only produced screw mount and fixed lens (Leica Ia) cameras. The M3 brought new features of the rangefinder systems such as the integration of the rangefinder and viewfinder into one window, rapid film advance leaver and most importantly, the brand-new M-mount. This proved to be a recipe for success with photographers, with over 220,000 sold during the 11 year production period. 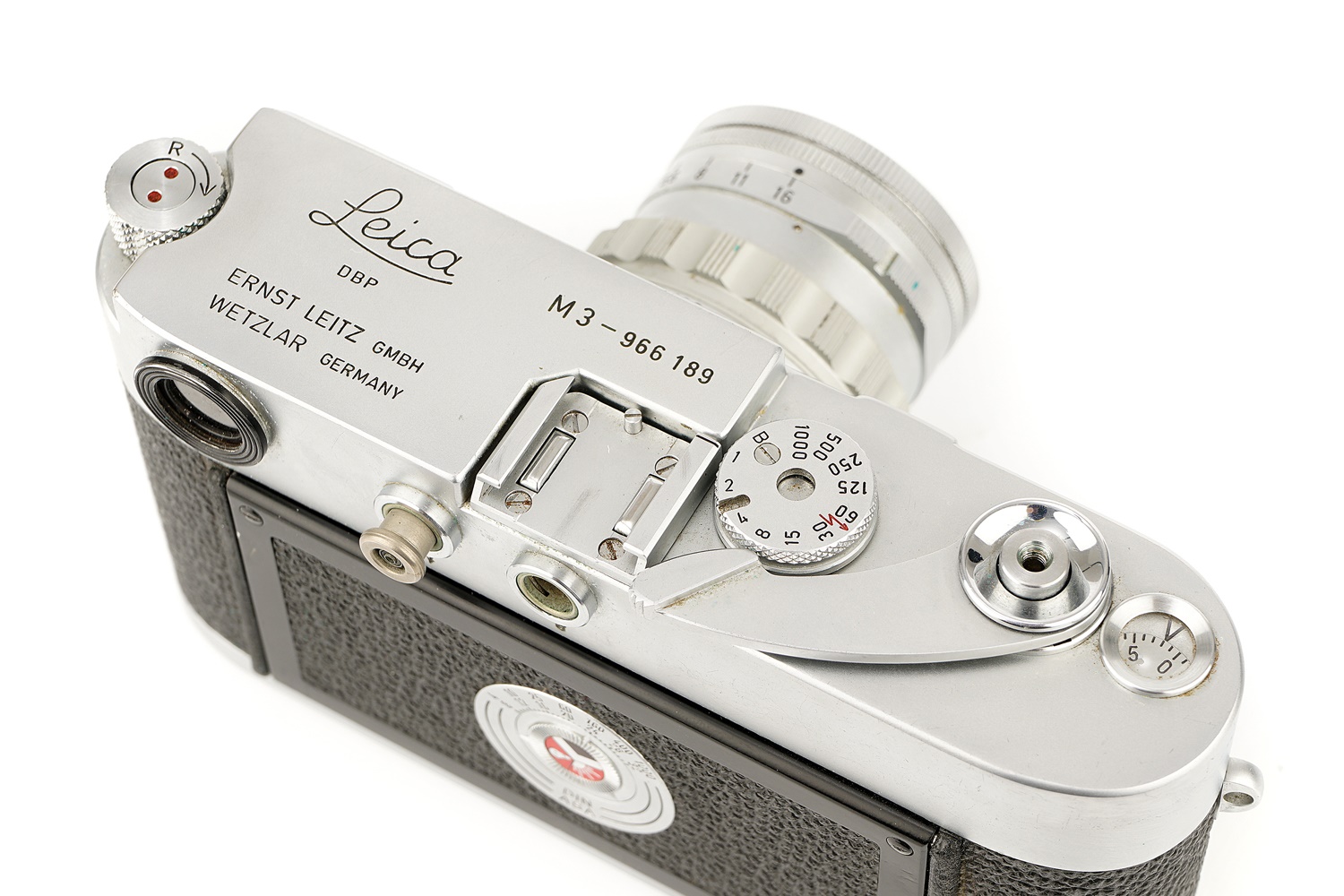 The M-mount is still being used today on Leica’s latest range of digital rangefinder cameras. So a 1955 lens would fit and work correctly on the latest digital body. This is one of the main reasons that older M lenses are in such strong demand and why auction prices remain high. 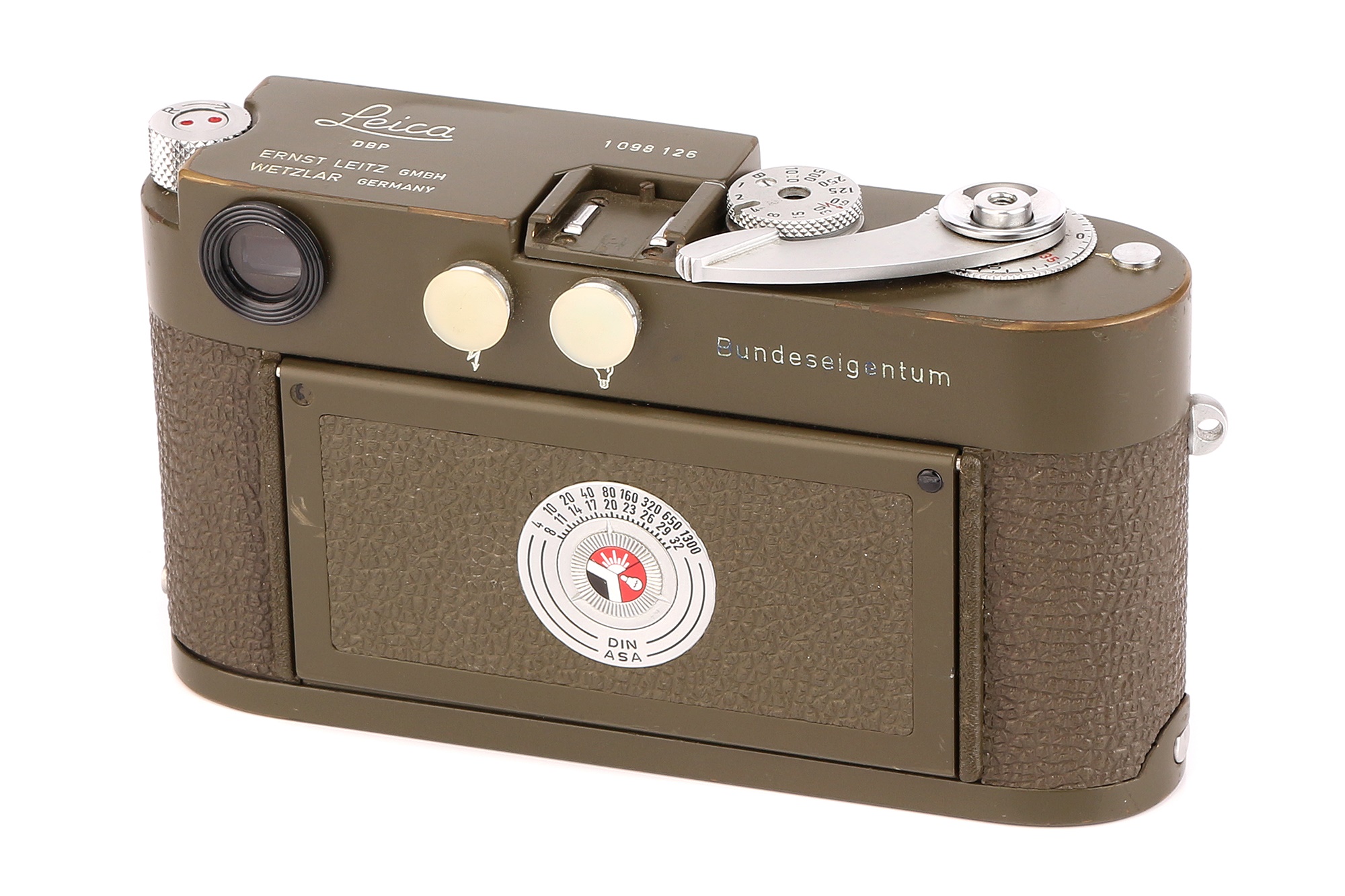 Values of the Leica M3 rangefinder camera are very constant. However, there are always exceptions:

The first exception, the first 1000 cameras made. These are worth considerably more than later numbered cameras, with closer to 700,000, the higher the value.
The second exception is black paint M3 cameras, and these were produced in tiny numbers, 1,620 to be precise.
Lastly, we have special variations. This can consist of Military Issue models such as the M3 Olive Bundeseigentum, Factory models marked “Leitz Eigentum’ or ‘Betriebskamera’ or any others with specialist engravings.
Following the success of the M3, Leica soon after released the M2 (1958-67), then the Leica M4 (1967-75) and so on.